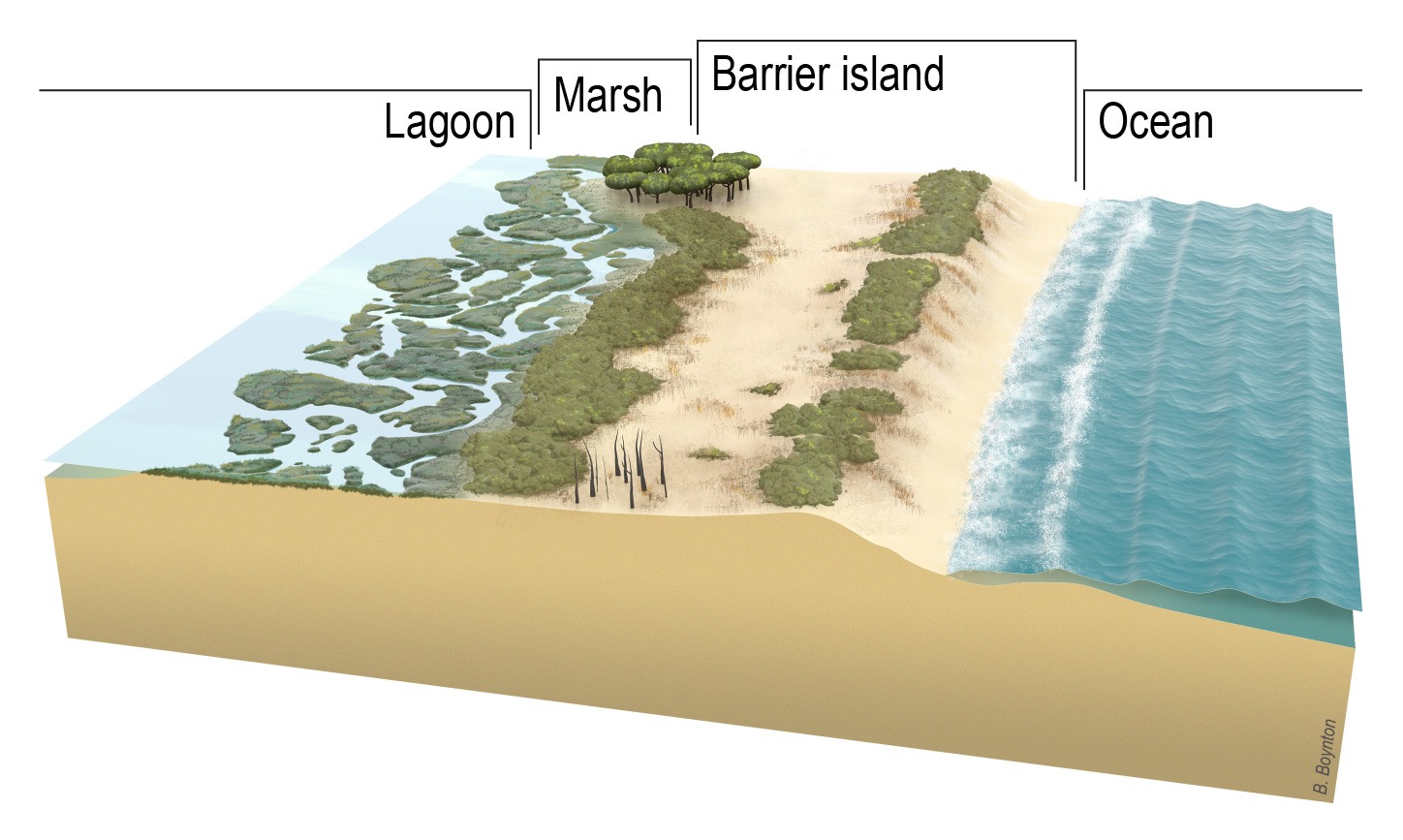 USGS What is a barrier island?

Barrier islands are long, narrow offshore landforms that run parallel to the mainland coast. They are composed of sand, sediment, and other materials and are separated from the mainland by a body of water such as a lagoon, bay, or estuary. Barrier islands serve as protective barriers for the mainland against the impacts of waves, storms, and erosion. They also provide habitats for a variety of plants and animals and often support human activities such as tourism and recreation.

A barrier island is a constantly changing deposit of sand that forms parallel to the coast.

Barrier islands form as waves repeatedly deposit sediment parallel to the shoreline. As wind and waves shift according to weather patterns and local geographic features, these islands constantly move, erode, and grow. They can even disappear entirely.

They are separated from the mainland by tidal creeks, bays, and lagoons. Beaches and sand dune systems form on the side of the island facing the ocean; the side facing the shore often contains marshes, tidal flats, and maritime forests. These areas are important habitats for seabirds, fish and shellfish, and nesting sea turtles. 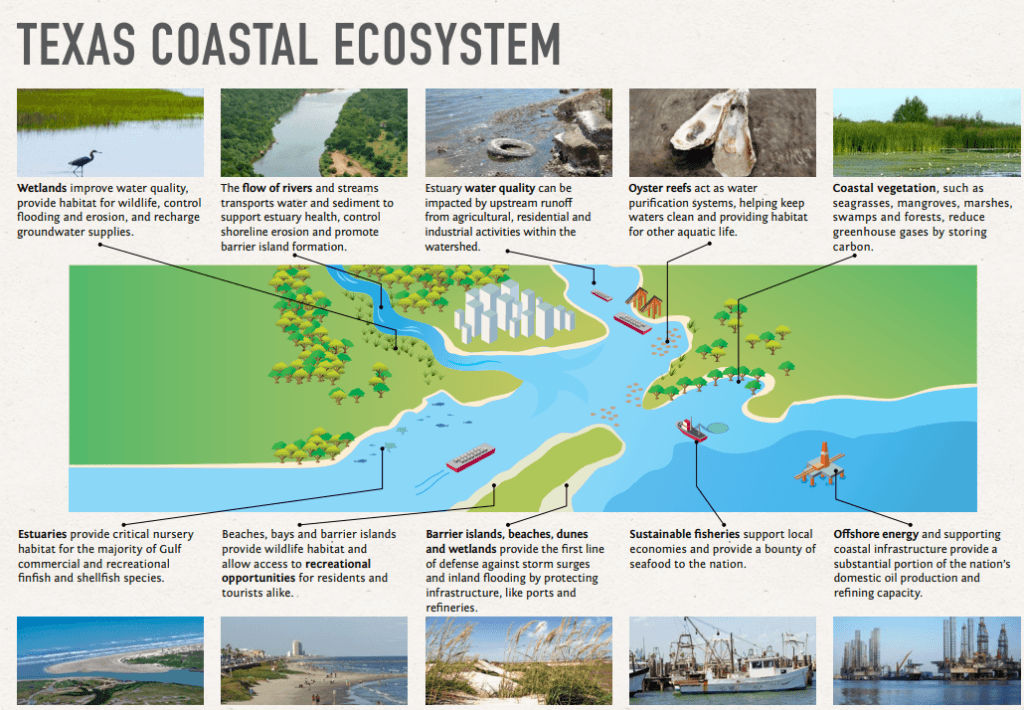 Barrier islands are critical to protecting coastal communities and ecosystems from extreme weather. Beach dunes and grasses on barrier islands absorb wave energy before the wave hits the mainland. This means smaller storm surge and less flooding on the coast.  Many barrier islands are found off the U.S. Gulf and East coasts. Barrier island chains tend to form near river deltas and in areas with low tectonic activity and flat coastal terrain.

The barrier islands off the Texas gulf coast host the state’s three beach resort areas with five towns, providing each Texas metro with easy access to a beach.

Texas’ barrier islands each have a similar layout (click to view), and they also act like a shield for the state’s major ports which serve the entire nation and the world with international trade and energy exports / imports.

Texas “ports with resorts” – barrier islands with second homes and tourism that are in front of international ports used for energy exports and imports.

Read about the value of ports to the nation

Erosion can be caused by human activities such as ship traffic, hard levees, and infrastructure projects, even those far upriver. The effects of climate change, including rapid sea level rise and extreme weather events, can cause or worsen barrier island erosion.

The U.S. Geological Survey (USGS) and the National Oceanic Atmospheric Administration (NOAA) work together, along with each state, to protect and renourish the barrier islands.

USGS and the NOAA support natural and nature-based infrastructure projects that restore and protect barrier islands and the benefits they provide to coastal communities and ecosystems. Thousands of acres of barrier islands and marshland have been restored or enhanced as part of the Gulf Restoration projects.

More Coastal Information by the USGS