This bay-to-gulf coastal destination is planned for a variety of homes, mixed-use facilities, and engaging amenities. It is being expertly designed to protect the natural treasures of the region providing residents a tranquil island respite. Whitecap will be that special place where treasured memories are created with family and friends. 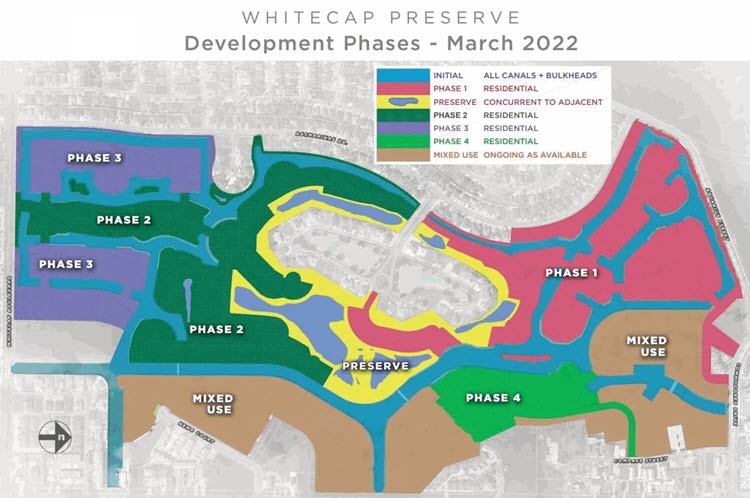 Here’s the development plan overlayed on North Padre Island, which begs the question, why is the more valuable beachfront property not developed? 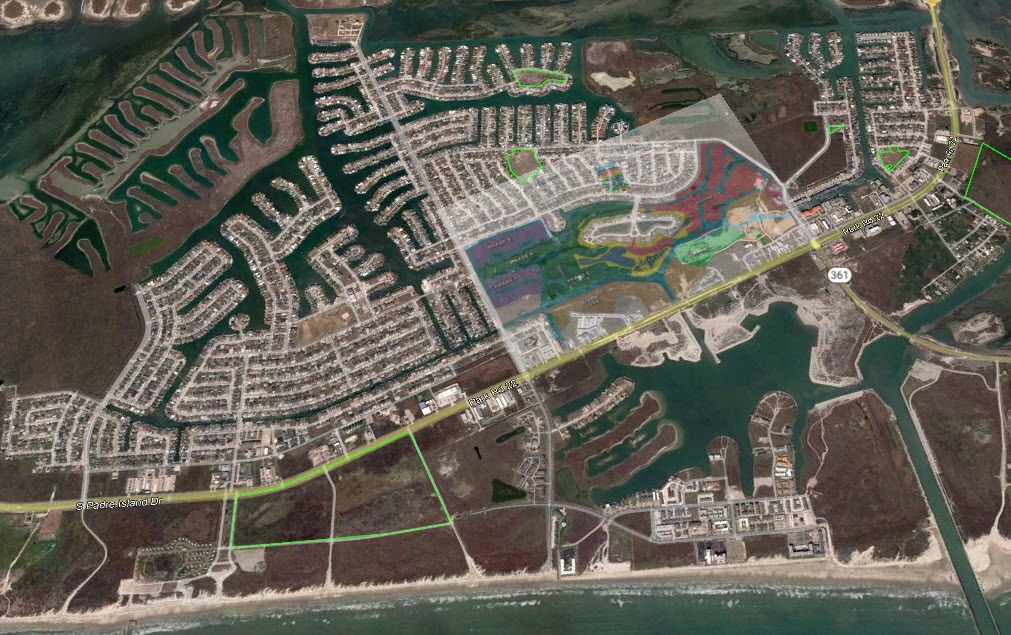 What has worked on North Padre is to build to actual demand one home or one multifamily complex at a time because all the buyers and renters are residents of Corpus Christi.

A more promising idea for Corpus Christi would be new high rise(s) on the beachfront! What happened to the Del Mar beach high-rise project?

The Corpus Christi City Council approved a re-zone of the 240 acres on North Padre Island for a long-term development project. The master plan for Whitecap Preserve will include more than six hundred residential lots and an additional fifty acres for commercial and natural uses.

The City of Corpus Christi also initiated a public improvement district to help with construction costs, which are valued between $800 million and $1 billion.

Diamond Beach Holdings, the city of Corpus Christi and the Flour Bluff independent school district are development partners on the project, according to city documents. Place Designers is the architect.